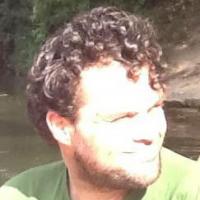 Consider chipping in to thank Shog9

Josh Heyer aka Shog9 was one of the most important figures in building what Stack Overflow is today.

He was unceremoniously fired from his Community Manager position after almost a decade of tireless work above and beyond the call of duty... during which the company grew to a yearly revenue of at least $50 million... not only without any kind of official farewell, but also possibly, disgracefully, without any severance pay.

There is no indication he did anything to deserve this; the firing does, however, fit a steadily growing pattern of decisions pushing the site further and further away from its mission to be an open, transparent, community-powered library of knowledge for all, instead beating it into shape for the journey to 10x the current revenue for the site's huge ($70M+) Venture Capital interests instead.

Shog is the type who would never ask for something like this... but if you feel as deep a connection to this place (or at least, what it used to be) as many of us do, have learned from it and grown through it as we have (be it as a programmer, a communicator, a person...), please consider joining us in thanking him through this Gofundme so he receives at least a fraction of what his former employers should (and, as far as we can discern, very easily could) have granted him in recognition of his service helping build the world's #1 programming resource.

Not doing much here any more because the Stack Overflow I wish to build and participate in is no longer supported and the company running it has started going down a path of incomprehensible, increasingly outright evil actions.