Instead of insta-deleting my 1h effort, you could: 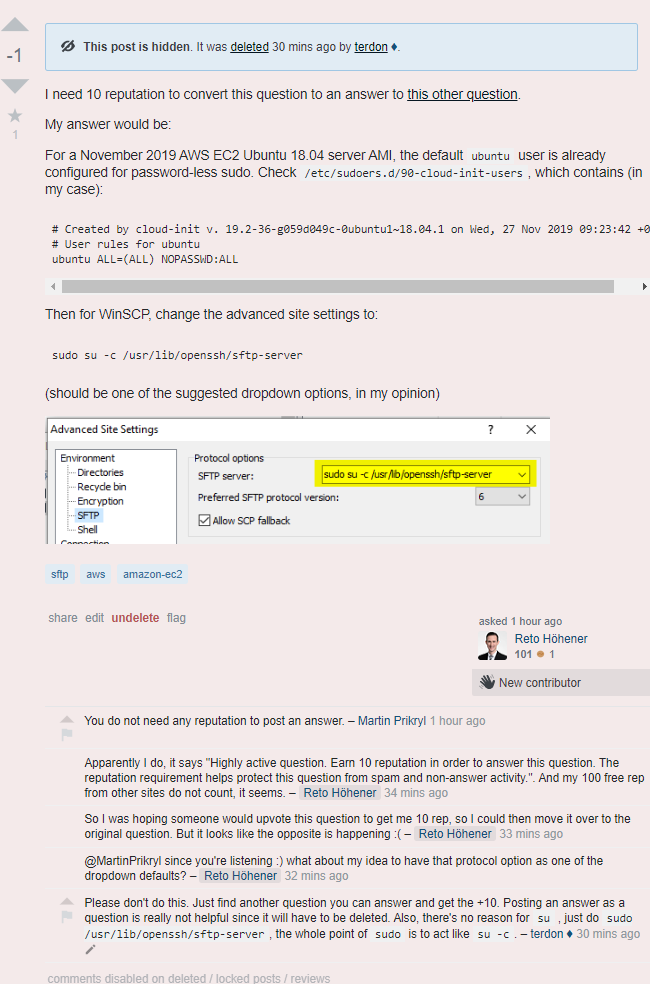 I'm afraid mods cannot convert a question into an answer. Because you posted it as a question, the only choice I had was to delete. I couldn't close it since, beacuse it isn't a question at all, I don't see how you could possibly edit it to fix it. If you did, it would end up as a duplicate of the question you are trying to answer so, again, not useful to have around.

And that couldn't be upvoted: it wasn't a question. And even if it were upvoted, if you then deleted it to go and post it as an answer, you would lose the reputation from the upvote. You would only keep the reputation if it had a score >3 and was older than 60 days. But we can't really allow something that isn't a question to hang around for 60 days and get 3 upvotes.

Even if I had not deleted it, that would just have gotten you downvotes since it wasn't a question. So the choice was between deleting it directly, or waiting for the community to close it. While it waited, I can guarantee that it would be attracting a steady stream of downvotes. So by the time it was closed, and then automaticaly deleted by the system, you would have ended up with even less rep than you currently have. The post had already attracted a downvote by the time I deleted it (that vote wasn't mine).

So I realize you had the best of intentions, but I am afraid that post was really not helpful the way it was made.

Not the answer you're looking for? Browse other questions tagged discussion deleted-questions .

13
Are we a little bit trigger happy on close-votes?
15
Case study: bad experience of new user (but veteran Stack Exchange user)
0
I got a down-vote I really disagree with and flagging it was probably a mistake
18
Project Reduplication of Deduplication - Unix & Linux
3
What should I do with minor edits made, where I must put much effort into getting it into *usable* state
2
Did both of these answers have to be deleted?
15
When to vote to delete an answer?
6
Should extensive question editing be ruled out?