Desktop vs Mobile layout for `code`

Looking at Linux Output Into Table.

On a desktop display it's quite clear that there are two code tables. The first has one column and the second has two.

Using my mobile device (Firefox and Chrome) I see both tables as single lines of code. Initially the question didn't make sense, and it wasn't until I saw an answer referencing the supposed tables that I realised it was a display issue. 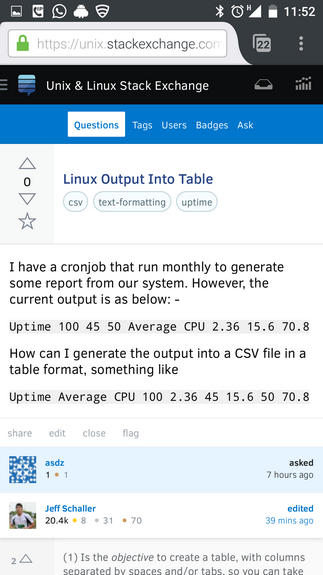 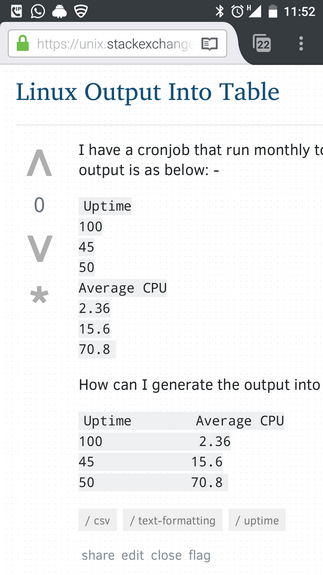 I appreciate that the question owner has used a multi-line backtick construct rather than four-character indentation. But this seems to be a fairly common occurrence (where new users even attempt to format code).

Can the display formatting be fixed?

7
Link color inside Code
7
The pre tag is shown in a larger font than other code snippets
8
Code inside spoiler markup is not hidden
7
Font too small for code sections in headlines
2
Problem with unwanted mobile layout in Google Chrome!
0
Theme's background colours to highlight question asker, `code`, etc. are too faint
0
Why is unix.stackexchange.com not optimized for mobile devices?