Learning the art of the close-vote review queue

(Forked from Learning the art of the review queue)

For those who often "Skip" in reviewing close-vote items because of lack of confidence / experience / training, is there:

While the following outline breaks down the various close types, the heart of the matter is really "is this question answerable (here)?". I found a relevant quote from jasonwryan (one of the first 20 users registered on the site, over 6 years ago!) while researching this:

I make a judgement call about the overall quality of the question and whether it meets the threshold; once I have made that decision, I then start looking around for the correct justification.

I'd refer you back to the earlier review question where I suggest simply paying attention to the site's questions and answers to get a feel for the types of questions that get answers vs the ones that get closed.

A question in the close-vote review queue has received one or more close votes; they may all be the same type or of varying types. You get to decide whether you want to leave the question open, close it (for a particular reason), or edit it.

Note that choosing the Edit button -- instead of choosing the Close button -- implies a vote to leave open! Related link: Editing before vote to close . If you want to edit a post and close it, open the post in a separate tab/window before VTC.

Here's how I broke down the process and some thought processes along the way. 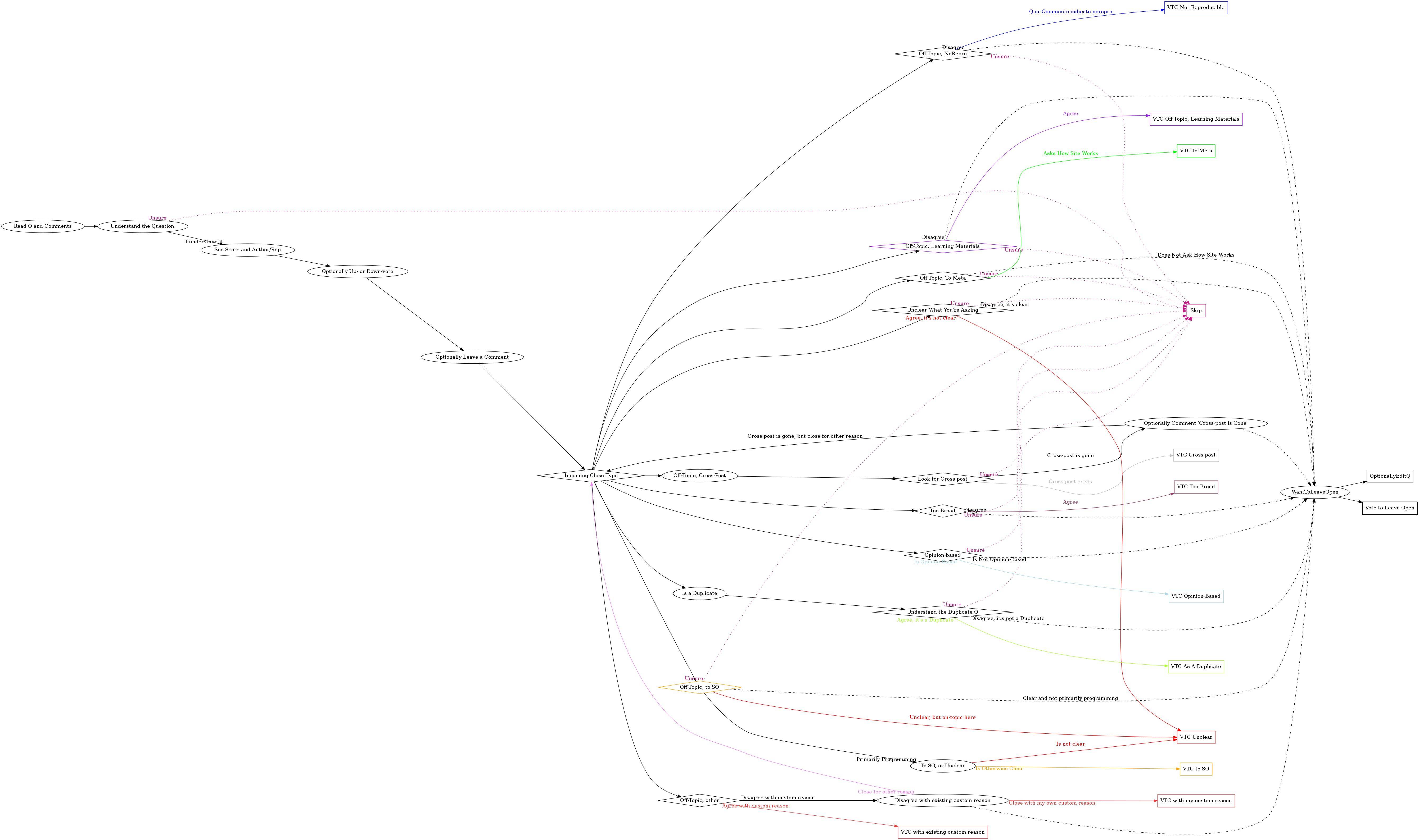 Not the answer you're looking for? Browse other questions tagged discussion close-reasons vote-to-close review .

60
Are we abusing "Request for learning materials" as a reason to close?
26
Over zealous desire to close questions
25
Unix C API calls ontopic?
18
How do we feel about requests for learning materials?
-6
Abusers of closing votes
18
Should we have a migration path to SO?
13
Trivial edits to remove posts from the close queue?
8
Add specific close reason and explicit point in the help pages for learning material requests
12
Learning the art of the review queue
5
Editing before vote to close
See more linked questions