I just reviewed a suggested edit: 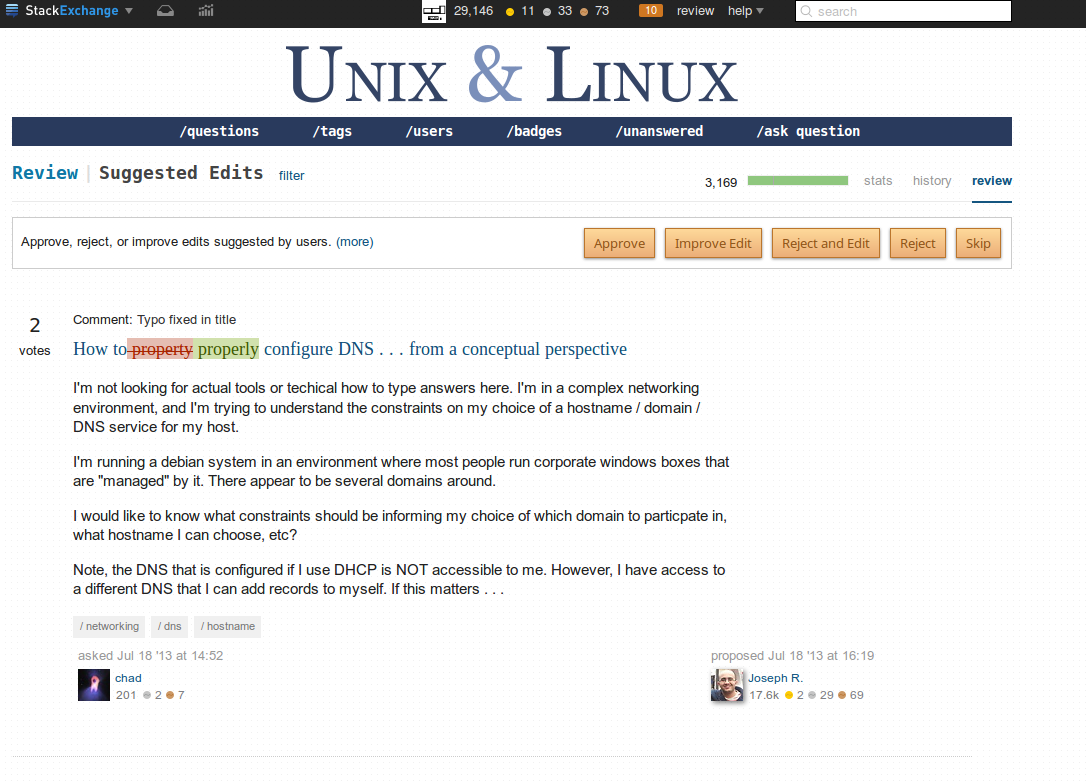 My first reaction was: what invisible edit was made to the text ( e.g. insert <BR>) to get this minimal edit in the queue. Then I noticed I had seen that gravatar before, that the editor has 17K6 reputation and that the proposed change was made in 2013 (when the editor had less then 2K rep.)

I briefly suspected that we now have review audits on U&L, but accepting the proposed change did not give any feedback to that effect.

If this behaviour cannot be explained and/or is not intentional, I would consider it a bug.

For those wondering about it: the editor did get his +2 rep for an accepted edit. I hope it was worth the wait.

¹ Do I get a special badge now, having reviewed one of these unique suggested edits?

Not the answer you're looking for? Browse other questions tagged bug suggested-edits .

2
Misguiding error message on tag edit
10
Why can't I edit a question I have reviewed
4
Can't close as duplicate with no answers
4
How was my suggested edit not useful?
5
Unable to rollback to the current revision - on previous rev
6
5k .. 10k reputation bug? header shows (unavailable) own suggested edit
24
What to do with mediocre edits with "blah blah" edit message?
6
Bug in review badge award algorithm?
3
Unintuitive behavior of "Suggested Edits" review queue