What determines what is the oldest question?

I answered a question this morning, and after finishing my edit, did see that it was answered by someone else with very similar information, 2-3 minutes later. I briefly thought about commenting on that fact, but declined to do so and hoped the OP, assuming both answers would be acceptable, would give priority to the first answerer.

Now the other answer is the accepted one, but not only that, it is also the first answer you see when sorting by oldest first: 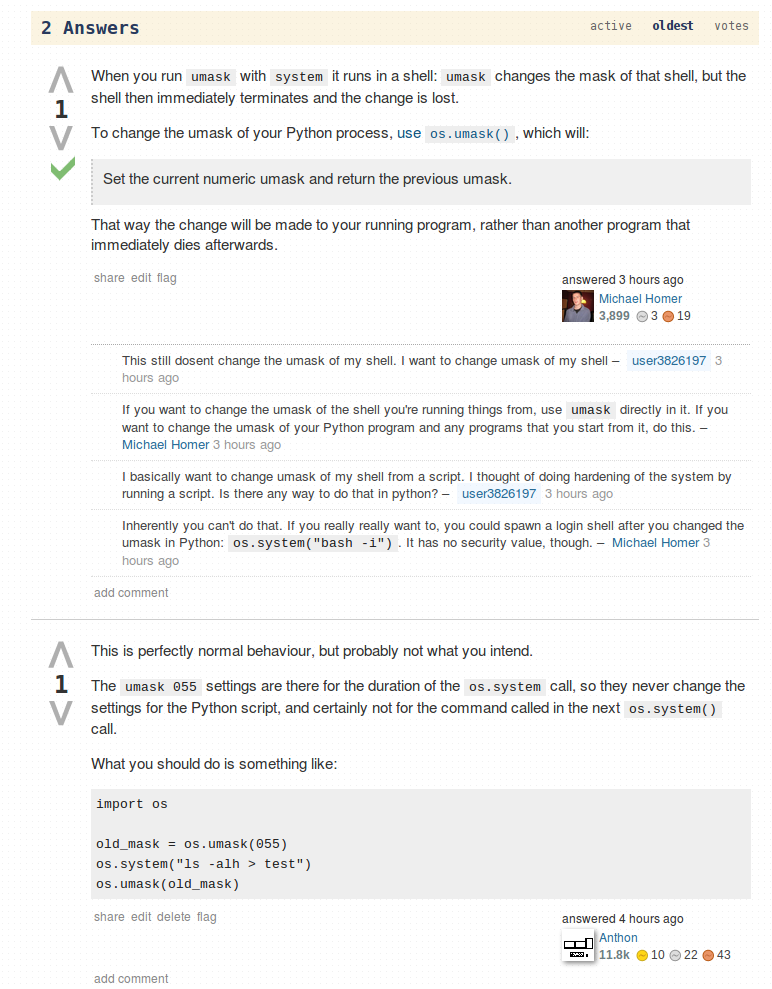 Why is my answer at the bottom, although it is already in its 4 hour of existence, and the other answer is in its third?

As you can see the answers are sorted by age. I don't mind too much not being the accepted answer, but unless you look at the times and that at a point that there is a difference (I don't think that many people look at the actual tag which includes the timestamp), it seems I was the copycat instead of it being the other way around.

An accepted answer will be shown first, regardless of sort order.

The only exception to this is a self-answered question.

Not the answer you're looking for? Browse other questions tagged .

7
What happened to the appearance of tags?
10
Why can't I edit a question I have reviewed
1
Bug with tag selection when featured question selected
12
The Question vs The Outcome
15
Is there a mechanism for dealing with unmaintained questions?
2
meta.unix.stackexchange.com link change leads to specific question on non-meta site?
5
What time was question asked
1
Close vote queue limit VS vote close from question
13
Was my behavior correct in this situation?